This looks great – I will be checking it out shortly.. if you complete it feel free to comment on this post to share reflections, and I may update this post once I complete it.

My very best to you and yours – stay safe everyone,

Well worth a read… 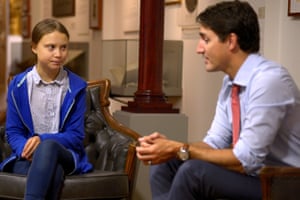 This is an important campaign, as the federal NDP in Canada has a great opportunity to directly confront the hypocrisy and equivocation of the Liberal and Conservative parties when it comes to climate change.  Please consider supporting this petition:

Regrettably I can’t make it to council tonight for the important vote on the climate emergency declaration:
https://climateemergencydeclaration.org/
I am fully in support of this motion.  I have worked as a climate change activist for many years, and had the opportunity to teach a climate-themed course on “disasters and development” in the department of Global Studies at Wilfrid Laurier University in 2007.
It is more clear now than ever before that the world needs to take urgent action to attempt to mitigate climate change, in an attempt to stave off what are often referred to as ‘catastrophic’ levels of planetary heating.  While scientists are known for the principle of tentativeness in publishing data and findings, and in issuing warnings around climate change, the evidence is accumulating that the global situation is worse than it appeared even a few years ago, as outlined by an emergency meeting of the UN this past October:
https://www.theglobeandmail.com/world/article-un-report-calls-for-urgent-action-to-avert-catastrophic-climate-change/
For the past 4 years, colleagues and I in the Ontario Secondary School Teachers’ Federation have worked to attempt to persuade our union at the provincial level to influence the Ontario Teachers’ Pension Plan, as well as OMERS and other pension funds, to divest from fossil fuels (http://www.educatorsclimate.com), in alignment with a global campaign by the organization http://350.org.  Such tactics and campaigns, along with this important emergency declaration, are essentially symbolic, yet crucially symbolic declarations of intent and aspiration that help influence the wider political community and society to take action.
This is especially important in a political context where we have government leaders essentially in thrall to the fossil fuel industry, as is so often the case in Canada; witness our current federal government’s relentless advocacy for increased oil sands/bitumen production, regardless of climate risks, for example (including the purchase of the Trans Mountain pipeline).  One of the original scientific ‘whistleblowers’ on climate change, the eminent James Hansen, has described full exploitation of the Alberta bitumen energy resources as ‘game over’ for the climate:
https://www.nytimes.com/2012/05/10/opinion/game-over-for-the-climate.html
I urge you both to support this vote to delcare Kingston’s endorsement of a climate emergency tonight.  It is time that as citizens and leaders we all recognized that climate change is the single greatest emergency our generation has ever faced.  If left unchecked, it will exacerbate all other dimensions of ecological degradation and human suffering, from inequality, to hunger and conflict, in the coming decades and for generations into the future.  It affects us all, whether in terms of humanity or other species.  Our shared future is literally at stake.
Thank you for considering this letter and this initiative.
Sincerely,
Adam Davidson-Harden
Kingston

Recently I finished reading Jacques Poitras’ Pipe Dreams, which focuses on the story of the failed plans for the Energy East pipeline.  In the book Poitras strives for a balanced perspective of the politics and conflict around the pipeline, and mentions other pipeline plans, such as Northern Gateway and Trans Mountain.  Poitras also digs into some of the history around the fraught situation of indigenous peoples and capitalist development, from the Sand Hills in Saskatchewan to Shoal Lake in Ontario.  Poitras also reviews the story of the CPR and its impact on indigenous peoples as an eerie echo of how colonization and capitalism today evoke the same dynamics of imperalism from the past.  Elsipogtog, Grassy Narrows, the Chipeywan downstream of Fort McMurray.  Examples still abound that continue to demonstrate the willingness of any branch of Canadian government to continue the project of violent colonization, ignoring the rights of indigenous peoples and pursuing the facilitation of capitalist development.  Poitras’ book is by no means a critical work of political economy, but it does trace the path of Energy East through the lens of a journalist attempting, sometimes successfully and sometimes not, to not ‘take sides’.

The story of Energy East – or really of any pipeline meant to bring more bitumen from Alberta to market – is more than one of a continual colonial treading on the rights and lives of indigenous people, as deplorable as that is on its own.  Prime Minister Trudeau’s avowed intent to pursue reconciliation with indigenous peoples in our corner of Turtle Island is at best, ironic, and at worst, violently hypocritical when it comes to the impacts that more bitumen pipelines can have on indigenous communities, in British Columbia or elsewhere.

As James Hansen made clear in 2013, increased exploitation of the bitumen deposits in Alberta are ‘game over‘ when it comes to the necessity for humanity to mitigate climate change.

There’s really no simpler way to sum up the situation than that.

Fossil fuel industry proponents have consistently argued against incorporating climate impacts into evaluations of pipeline projects through the National Energy Board (NEB), yet the increase in bitumen extraction that would go along with the construction equates with increased oil getting to market, which of course means increased carbon emissions.  Further extraction of the bitumen resources in Alberta, however lucrative this is for the fossil fuel section of the energy industry, is dangerous for us all, and not just in our corner of Turtle Island, but across this fragile, beautiful planet of ours.

The fossil fuel industry and its wealthy owners – true to capitalist function – are desperate to make as much money as possible from fuels that we know very well are pushing the planet further to climate disaster.  Meanwhile the hypocrisy of our leaders – particularly in the Canadian state, from my point of view – grows more rank by the day, not least in the government’s purchase of the Trans Mountain pipeline, and its subsequent predictable green-lighting of the project through the laughably sycophantic proxy of the oil sector known as the NEB.  Despite the growing number of more urgent warnings from scientists, despite aspirational pledges made at important international gatherings, our governments continue to facilitate increased fossil fuel extraction and exploration, and this has to stop.

With renewable energies catching up in terms of affordability, we need to move our communities and societies, our nations toward renewable energy infrastructure that does not further threaten our planet in the form of climate impacts.  We need to keep our energy infrastructure public, so that we don’t wind up paying more for it, in the form of returns to capitalist owners.  We need to use our resources to fund the things that are important to the safety and viability of people and planet, such as public health care, education and other social services, adequate civil infrastructure for water, public transit, electricity.

Most importantly with respect to progress on climate, however, is our need to challenge the fossil capitalists and our pliant, enabling fossil fuel industry-supporting governments and politicians.  We cannot have progress on mitigating climate, on reducing emissions, if we continue to support, indirectly or directly, the expansion of fossil fuel infrastructure.  We should be pushing collectively toward renewable energy infrastructure, and it is up to us as citizens to demand this from our leaders.

When fossil fuel proponents reply by saying we need oil no matter what, that we need to drive fossil fuel automobiles and use fossil fuels for transportation and electricity, our reply needs to be: why?  Why can’t we build a renewable infrastructure?  Why can’t we invest in a sustainable future?  Why are we allowing ourselves – as a society, as a nation, as a global community – to be held hostage by fossil fuel interests that proclaim they support the common good, when in fact, they are pushing us toward climate catastrophe?

We need to try to alter our common trajectory toward a sustainable future.  In trying to do this, we have nothing to lose but the chains our our fossil fuel-based past, dominated as it is by powerful capitalist players.  We can build something different, something public, something that will truly benefit all of us, ALL of us, in the long run.

As educator-activists associated with the Educators’ Climate Alliance prepare to table resolutions and motions at this year’s coming meeting of AMPA, the annual gathering of the Ontario Secondary School Teachers’ Federation, ECA member Andrea Loken has put together this collection of links that discuss the case for fossil fuel divestment.  This strategy is still a vital and viable tactic within the larger array of political and economic moves we need to make to transition away from fossil fuels in the attempt to mitigate climate change.  It was thrilling to see the Elementary Teachers Federation of Ontario pass a motion to work toward furthering the fossil fuel divestment movement.  We hope that the OSSTF will help contribute to this global movement as well.

Will divestment put my pension at risk?

Why divestment if, arguably, it won’t hurt fossil fuel companies?

Keep it in the ground: why this is a matter of basic ethics

The Climate Change Opportunity [for Unions]

Thank you AMPA 2017, but the divestment conversation is not over

A Call for a Progressive Rebranding of our Union

Science vs Economics: The need for economics ‘in a new key’

Musings on the major anti-divestment arguments

Is the fossil fuel industry ignoring risks of declining demand?

Climate activists across the world are welcoming the IPCC’s latest, sober addition to public discourse on climate change.  As most governments in the world, particularly those overseeing the most fossil fuel dependent societies, continue to sleepwalk their way through mounting evidence of the need for action, the IPCC reminds us that the matter is far more urgent than most of us understood.

Here in Canada, our federal government – owner of a failed tar sands pipeline – and many provincial governments continue to behave as though climate change is not really the most pressing problem facing humanity in the present and long term, one that informs all of our other collective challenges – from inequality (housing, employment, education, health, water and sanitation) to disease.

On the fringes of government and industry discourse is the idea that things are too far gone to bother engaging in any action anyway.  Global citizens need to take back the public sphere, and public efforts to mitigate climate change if we are to properly heed this most recent – among many – warnings from the IPCC.

So glad to see the global day of action coming up for this Saturday!

Look up actions near you.  Kudos to members of the Elementary Teachers Federation of Ontario who are working to move that great union toward climate action, as well.  Despite the ridiculous purchase of Trans Mountain by the Canadian Federal government, there is a growing groundswell of climate action to help push for substantive change…

Will divestment put my pension at risk?

Why divestment if, arguably, it won’t hurt fossil fuel companies?

Science vs Economics: The need for economics ‘in a new key’

Musings on the major anti-divestment arguments

Is the fossil fuel industry ignoring risks of declining demand?