David Suzuki and Ian Hanington’s recent book Just Cool It! is another book, like Naomi Klein’s This Changes Everything – that really ought to be required reading for any global citizen, and especially, one might hope, any political leader or decision-maker in business or, of course, investments and pensions.

One of the central ‘take-home’ messages of these two books is that our economic system must change if we are to have a hope of mitigating climate change, for the good of humanity and other species.  The system is rigged to put profit above all other concerns, and as long as that remains the case, we’ve got a huge problem.  Myopia (with no offence meant to nearsighted people!) and greed are hard-wired into capitalism, and we have to get out of business as usual before it’s too late to change course.

I’ve taken the liberty of inserting the relevant pages from Suzuki and Hanington into this post.  They agree that divestment is a useful tool.  There continue to be some voices out there that look down on divestment, as evidenced in this article from last winter.  There are many quirks and contradictions in this particular article, and I won’t bother refuting them in depth, though I will suggest that a focus on nonviolent tactics should always be our goal.  One of the main recurring arguments against divestment is that divesting doesn’t accomplish anything, when fossil fuel shares will simply be purchased by another entity.  This argument misses the point, however, on a couple of levels.   To say the divestment movement targeting South African apartheid – or oppressive Israeli military occupation in Palestine – was, or is ineffective, simply because other investors will buy divested holdings tied to these outrageously unjust situations, is simply a moral cop-out.  Climate change, justice for indigenous peoples, a living wage, oppression in Israel-Palestine, women’s rights, queer rights – all of these causes need us to open all of the options in our activist toolkits to take action.  Thinking of climate change in particular, we need every tool available to wage the type of mass cultural struggle that is necessary to attempt to effect change.  We need to think about divestment as one tool in a broader toolkit for nonviolent action.  We need all the tools we can muster to wage this struggle.  As a broader and separate conversation, I do believe the question of the efficacy of tactics is critical.  I would prioritize two central criteria to gauge the efficacy of any tactics for mass movement building for social and ecological justice, namely nonviolence and the capacity of chosen tactics to contribute to mass movement-building.  These ideas require a separate essay to address, but a powerful argument can be made for divestment relating to the second of these criteria.  Divestment is not simply an economic tactic – reading it as such is missing the point.  It is rather a movement-building tactic.  It is essentially a tool for public education and consciousness-raising, more than, or even rather than an economic ‘weapon’ per se.  We need to engage the global citizenry about the urgency of climate action, and divestment is one way we can do that, since most of us in the global north, and beyond, are tied to the capitalist system of fossil fuel-based profiteering.

This point brings us back to the ethical dimension not taking action on climate.  Regarding pensions and endowments, we must agree that it is simply wrong for to base a retirement security for workers, or the profitability of investments, on ecological degradation and climate change.  This alone provides reason enough to divest, and that is the basis of the brief I authored to anchor the Educators Climate Alliance campaign for the OTPP and other public institutional investments to get on board with fossil divestment.

As Suzuki and Hanington, and many others have continued to point out, fossil fuels are not the best future for investment security. Whether understood through the lens of ‘stranded assets’ or ‘carbon risks’, this argument stresses that with a post carbon future inevitably ahead, fossil fuels are a risky bet.  Many even point out that decarbonized portfolios are posting better results that their carbonized counterparts.  The Montreal Pledge has been a successful movement to bring institutional investors on board to voluntarily decarbonize investments and disclose their ‘carbon risk’.

If we pretend institutional investments aren’t part of the problem, and cannot be used as vehicles to create increased pressure for climate action, then I suppose we could ignore divestment as a tactic.  As it is, and considering the importance of institutional investments such as pensions to the functioning of global capitalism, we need divestment as a tactic.

There’s capitalism cropping up again.  While we pressure for divestment from whatever personal circumstance we live in – through our pensions, the Canada Pension Plan Investment Board, university endowments, etc., we do need to keep our eye on the larger stakes, as Klein, Suzuki and Hanington take care to remind us.  Institutional investments are part and parcel of a system that breeds zero accountability to the climate, or to anything else, like workers’ rights, indigenous rights, women’s rights, children’s rights, water, you name it.  The definition of ‘fiduciary’ duty to shareholders’ is based on the principle of high returns and profits only as the benchmark for meeting that duty.  This has to change, despite European activists’ attempts to harness the concept of fiduciary duty as a tool to press for fossil fuel divestment.

Ultimately, we don’t just need decarbonized investments – we need a decarbonized economy, and we need effective and deep democractic control and planning of our economies to do that.  We need progressive regulations, taxes and programs that draw down fossil fuel use in energy, transportation and foods, and scale up sustainable energies for these key parts of human civilization.

Yes, we need divestment, and we need it to be a part of a mass movement that can press for effective action.  We need to press our political parties to adopt radical policies that can push for effective climate action, away from failed carbon offsets and cap-and-trade schemes.

We need to do all of this, together, for ourselves and for future generations, and we need to keep thinking of creative ways to educate and engage more and more people to inspire others to take action.

Thank you David, Ian and Naomi for reminding us of all of this, and for inspiring us to keep the struggle alive.

*The author thanks Brian Young of Toronto 350 for feedback on this article. 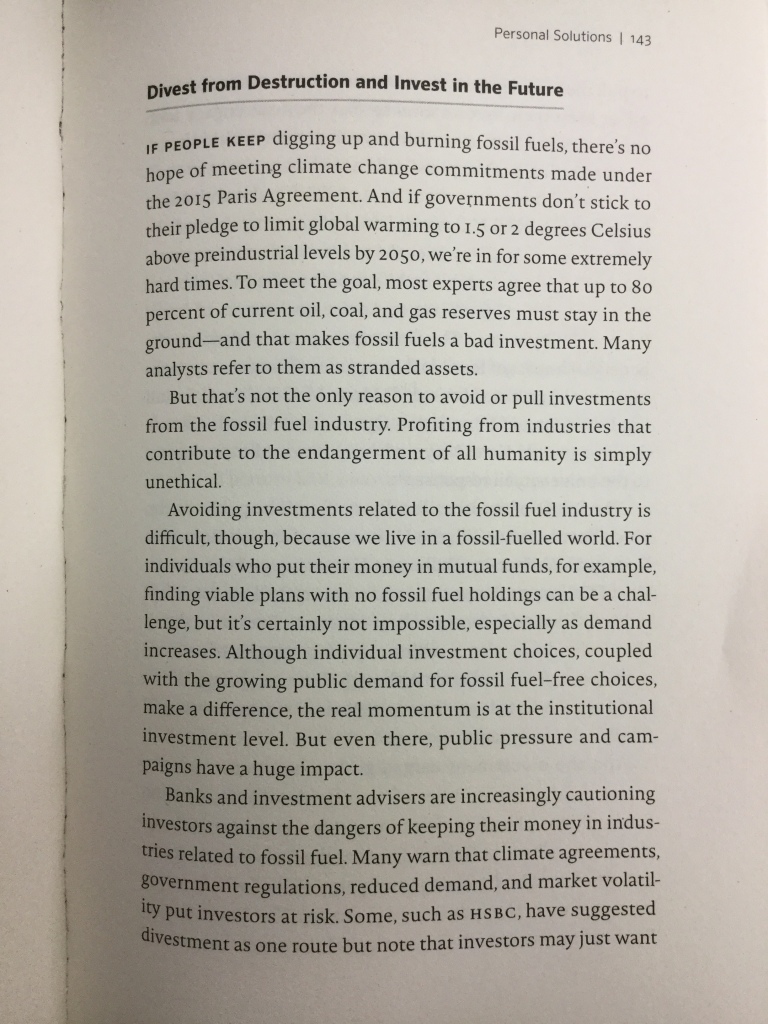 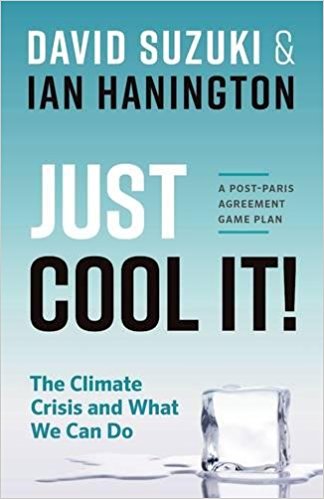